Teams were split into two groups and escorted into the museum’s two elevators on their way to five scattered starting locations. One of the unique rules for this game was that teams were only allowed to move forward in the museum, and could not backtrack any further than one gallery. This required a new approach to time management for teams, but after timing a stroll through the galleries at about five minutes, this was not considered to be a detriment to team performance.

Once all teams were in place, the game started; teams grabbed their packets and rushed to find somewhere to sit and analyze their quests. For this event, teams were limited to two players, leading some regular four-player teams to split up and compete against each other. Game play lasted approximately four hours; teams turned in their final answers to any of the MouseAdventure crew staffing the galleries, or to MouseAdventure Central, which in this game was located conveniently at the border of Galleries 5 & 6, by the Multiplane camera. Third Gate Games was also excited to test out a new way to score the trivia portion of the game using iPhones instead of relying on the Scantron forms we’ve been using for a while.

Due to the overwhelming response and the speed at which this event sold out, we are working with the Walt Disney Family Museum to re-run this event later in the year. If you’d like to play, don’t read this article as it gives away all the answers!! Keep in touch with us by signing up for our MouseAdventure newsletter. 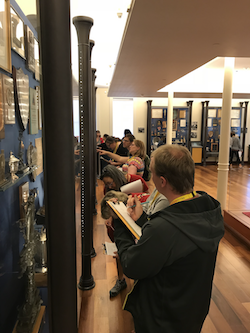 The Walt Disney Family Museum has an impressive array of Walt’s awards, citations, and plaques on display in the lobby. For Awards Galore, teams had to find awards containing specific pattern of words and letters associated with a given year. Once all the awards had been found, teams had to pick individual letters in colored groups to unscramble for a final phrase. Answered correctly, the words read “Junior Comedians of America.”

One of the first rules of good MouseAdventuring is to check the point value for each quest, and be strategic about how you tackle them. In testing, it was quickly determined that starting teams in the lobby would lead to a less than perfect first quest experience, and it seemed a better idea to let the teams find this quest on their own time.

In Gallery 2a, teams found an exhibit of the Alice Comedies projected across a collection of six large display screens. Over the course of about 15 minutes, the displays feature 17 individual Alice titles, and a scrolling list of all the 57 of the productions. The challenge was to accurately record each of the 17 titles, then figure out how to arrange them in given spaces on the quest sheet.

One word from each title had a number below, indicating the letter to use from that word for the final phrase. The instructions for this quest specifically stated to read in “the correct order,” which is MouseAdventure’s way of saying “not the order you would normally think of;” once all the titles were in the order on the quest sheet, and the highlighted letter pulled out, teams would read emantsrifsrelkniw. But, if they read from the bottom of the page to the top, it would read: Winkler’s first name

When writing this quest we were excited to discover that Walt’s first distributor in the 1920s was a woman. MJ Winkler’s name appears on almost all the movie posters featured on the six displays, but to determine what her first initial stands for, you had to look on the wall facing the displays to learn Margaret Winkler’s story and name.

The Wonderful World of Color (40 points) 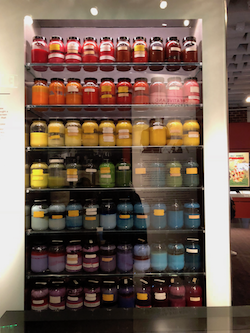 Walking into the multimedia nirvana of Gallery 3, teams were asked questions about the items found in almost every case in the room. Once each question was answered correctly, teams then had to find the colored paint pots used to paint animation cells, and chart a path using their answers. Starting at Poppy, teams had 8 questions to follow along in order to reveal the correct final color.

Imagine the concern on our part when The Walt Disney Family Museum’s Instagram account posted pictures of removing all the pots for cleaning and restoration in late December!

On to Galleries 5 & 6, where the Walt Disney Studio really gets going, only to be affected by strike, then wartime. Teams were given 14 sets to complete, using the exhibits in both galleries. After finding the missing words from each set, teams eliminated them from a word search grid to reveal the final question: Who would apperciate suggestions to improve our service?

The quest instructions specifically called out that the question would involve an “unfamiliar spelling.” When teams looked back at the menu they had previously recovered the word “Sherbet” from, they would find the typo, and Victor’s name. Teams also found multiple spellings of “Sherbert,” but we were only looking for the one from the menu. 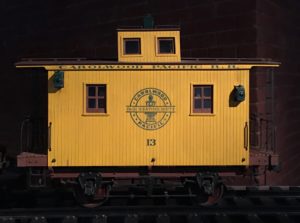 Moving into Gallery 9a, the most awesome train set in the world awaited MouseAdventurers. And the title of this quest was a big clue about not using a piece of data that may or may not have been available; the caboose was present all through writing and testing, but then went down to the the basement lobby as part of the museum’s annual Christmas at Carolwood display and is currently undergoing restoration.

Teams had to scour the information in front of the train to find all of the numbers and fractions that appeared in the text, then put them in order, and finally use the provided lettered columns to construct the following sentence: Now decode using the numbers on each vehicle on the model train on display.

Teams then used the numbers of each train car to decode a smaller set of lettered columns and reveal the final question: Passenger pictured on car 734

Several people can be seen riding the miniature railway on the informational panels, and in the videos shown above the train. If teams looked closely at the car on display and compared it to the photos they could make out that Salvador Dali is the only person shown riding car number 734.

Walking down the ramp from the Carolwood Pacific display, teams came across the museum’s amazing model of Walt Disney’s Disneyland. As explained by museum staff, it is an idealized model featuring everything that existed during Walt’s lifetime. Teams were looking for items across the model to answer a series of true/false questions, with each answer providing one of two sets of letters. When answered correctly and entered into the provided grid, the final question was: Number of boats on the Jungle Cruise.

This quest required a good eye for detail both in surveying the model for information, and in reading the question correctly. It also came with stern warnings on the quest sheet to players: Keep your hands and arms inside the glass barrier at all times. A MouseAdventure crew member was stationed to remind everyone to not reach over the glass with their pencils or clipboards.

This game was designed with a buffer between each quest, so we took our Eye Spy pictures in the in-between galleries. Using a theme of transportation, teams had to find the picture or item that had something removed, and tell us what was missing.

This game’s hidden quest was found by 25% of the teams who played this weekend’s game. The hidden quest was found in the wrong answers to Absolute Fantasyland quest. When placed in the quest’s grid pattern, it revealed the message: “Ask Central secret quest say WEDWAY.” Teams who gave the password at MouseAdventure Central received an additional quest, Working with Walt.

This hidden quest sent teams to Gallery 4, where one wall features 18 animators, directors, and other creative staff who worked with Walt on the first full-length features the studio produced. On the opposing wall of this display, their names are also repeated. The quest indexed the names on the wall into letters, which could be decoded in order to reveal the words: Grumpy Animator.

The subject of trivia can sometimes be a little divisive in the MouseAdventure forums. Some teams have welcomed the change from 2 points to 1 point per question. Sometimes the winner of the game comes down to trivia scores. On the Saturday game, we had a 4-way tie without trivia. After adding the trivia scores, we had a 2-way tie, which was then broken by turn-in time – the winning team had turned in almost an hour before the end of the game.

Please take our brief survey to let us know how you heard about our game, and what you thought of it. Share your email if you don't mind us contacting you to get more details.

Full results for all teams are available on the MouseAdventure website. This game had a total of 345 possible points.

The top 3 teams on Saturday:

The top 3 teams on Sunday: 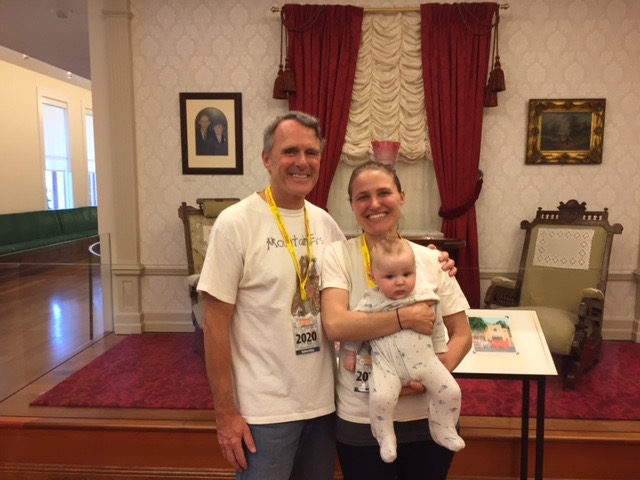 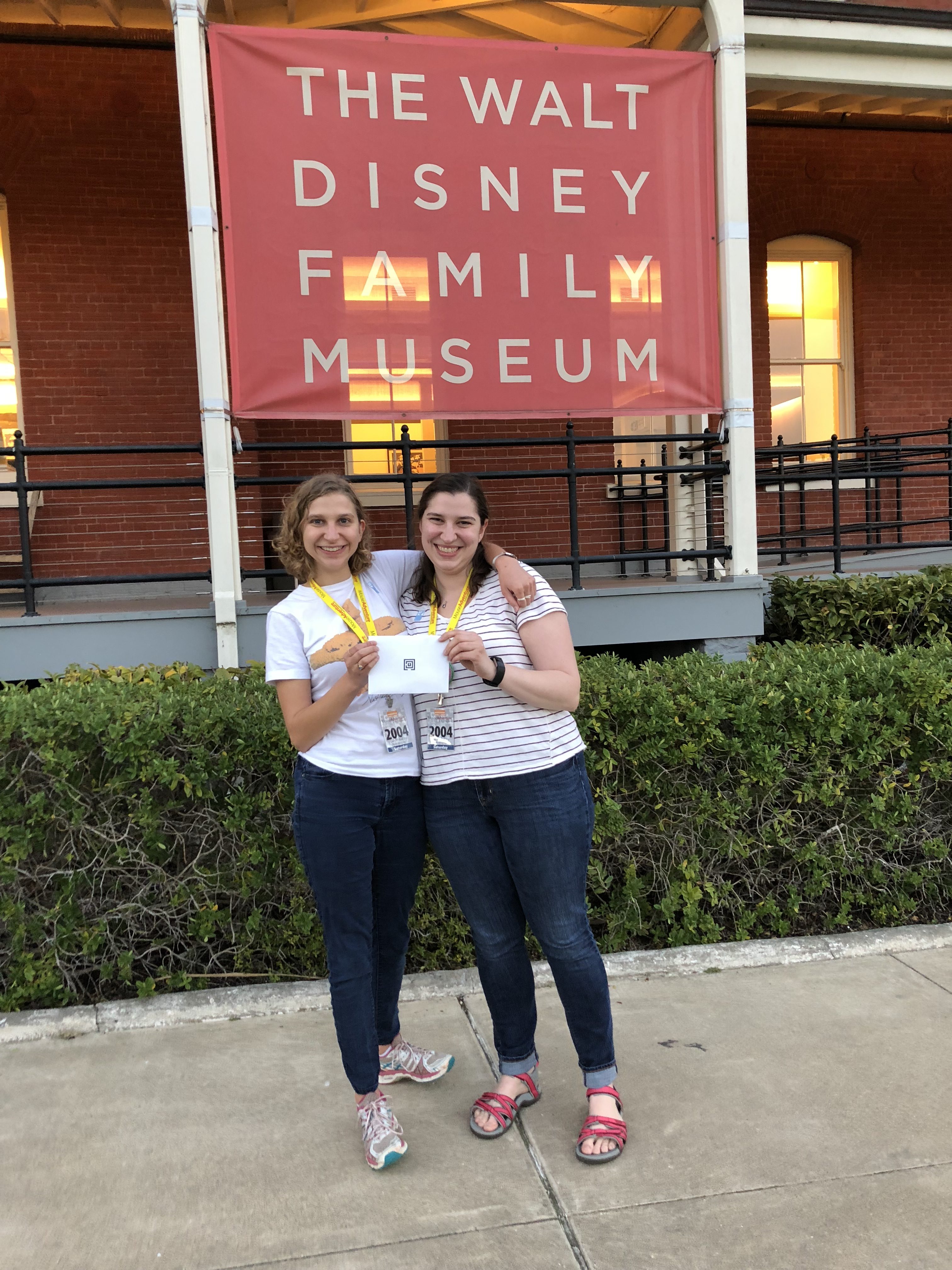 Daughters of the Animated Reel 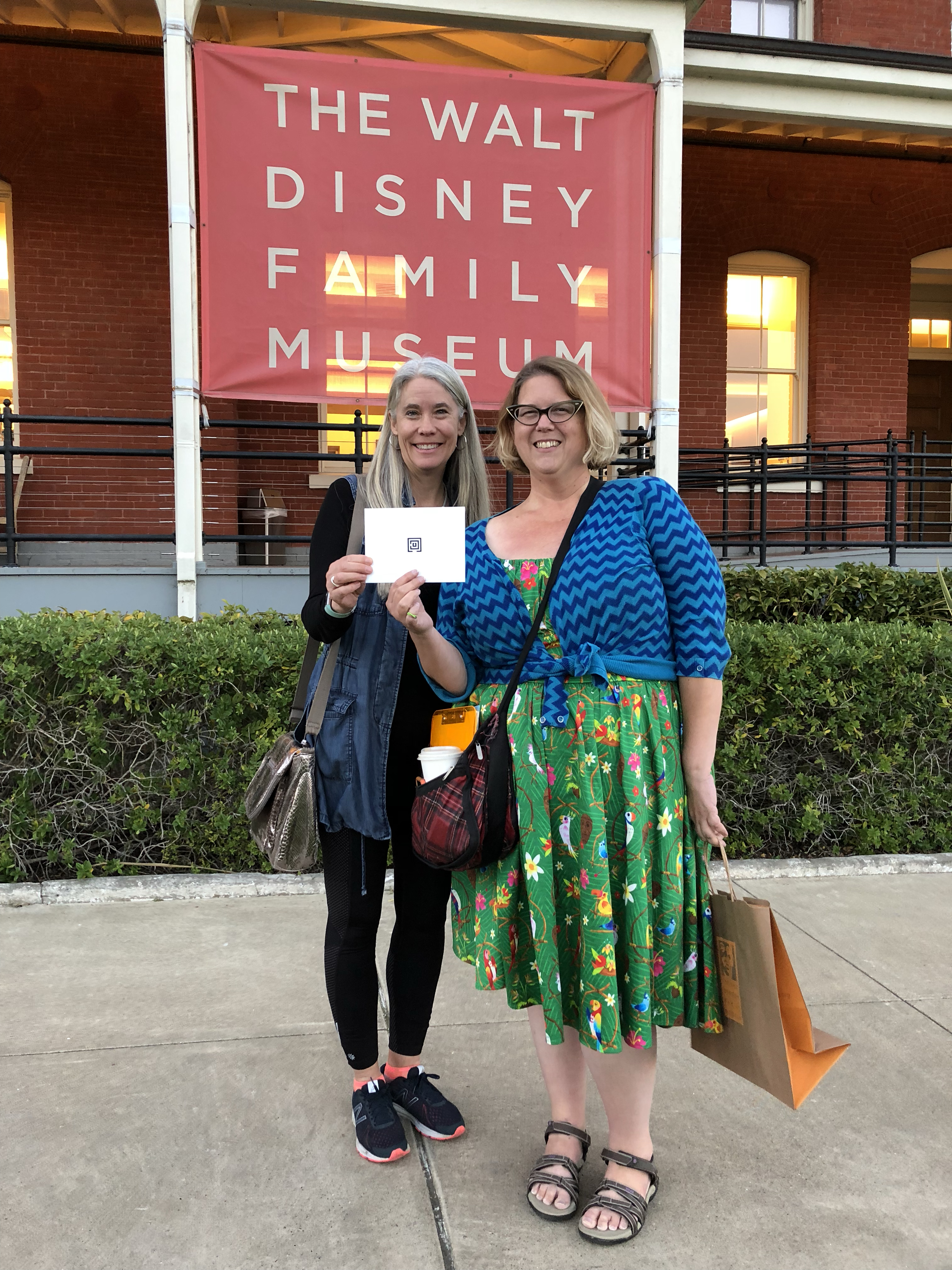 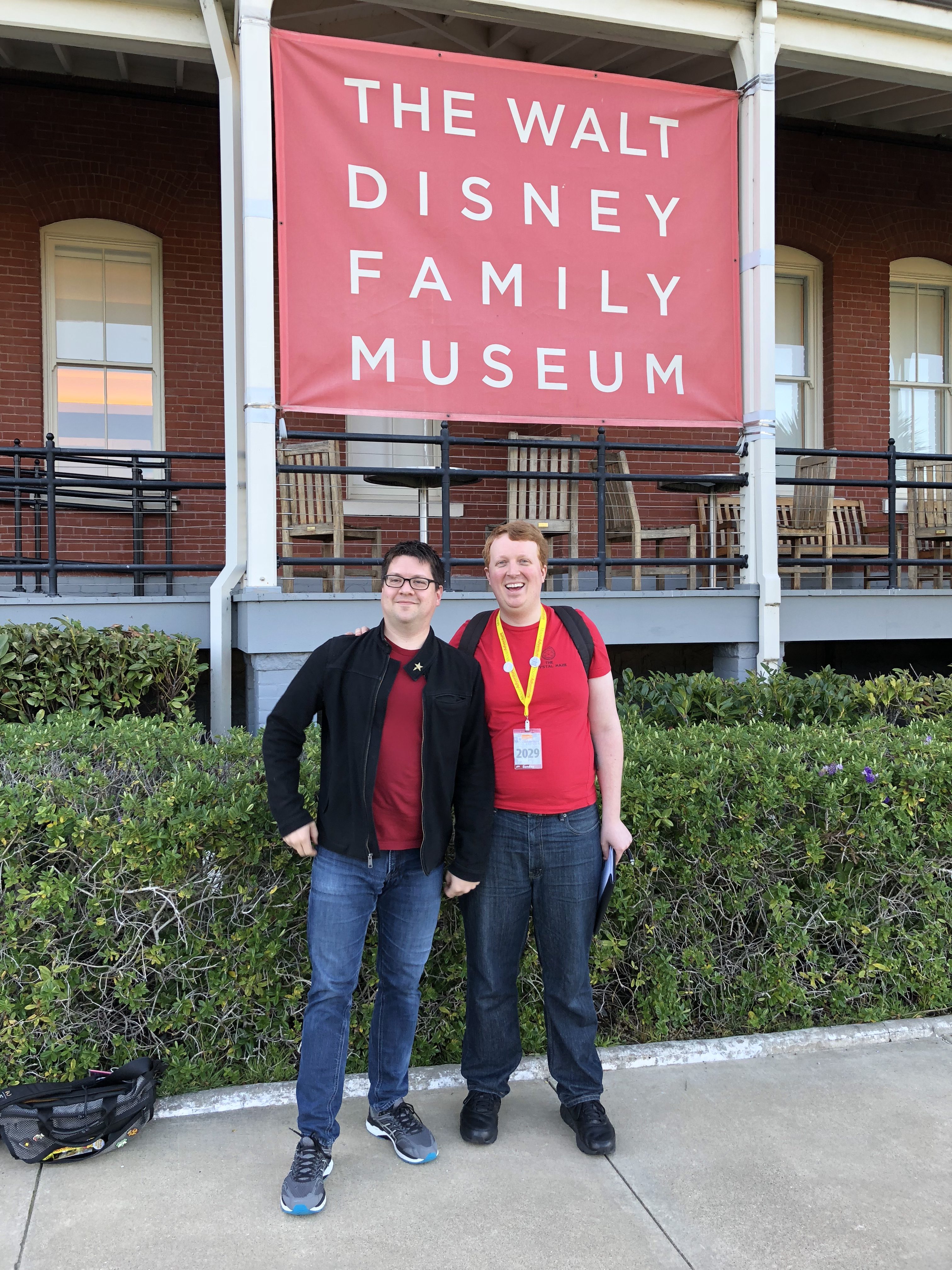 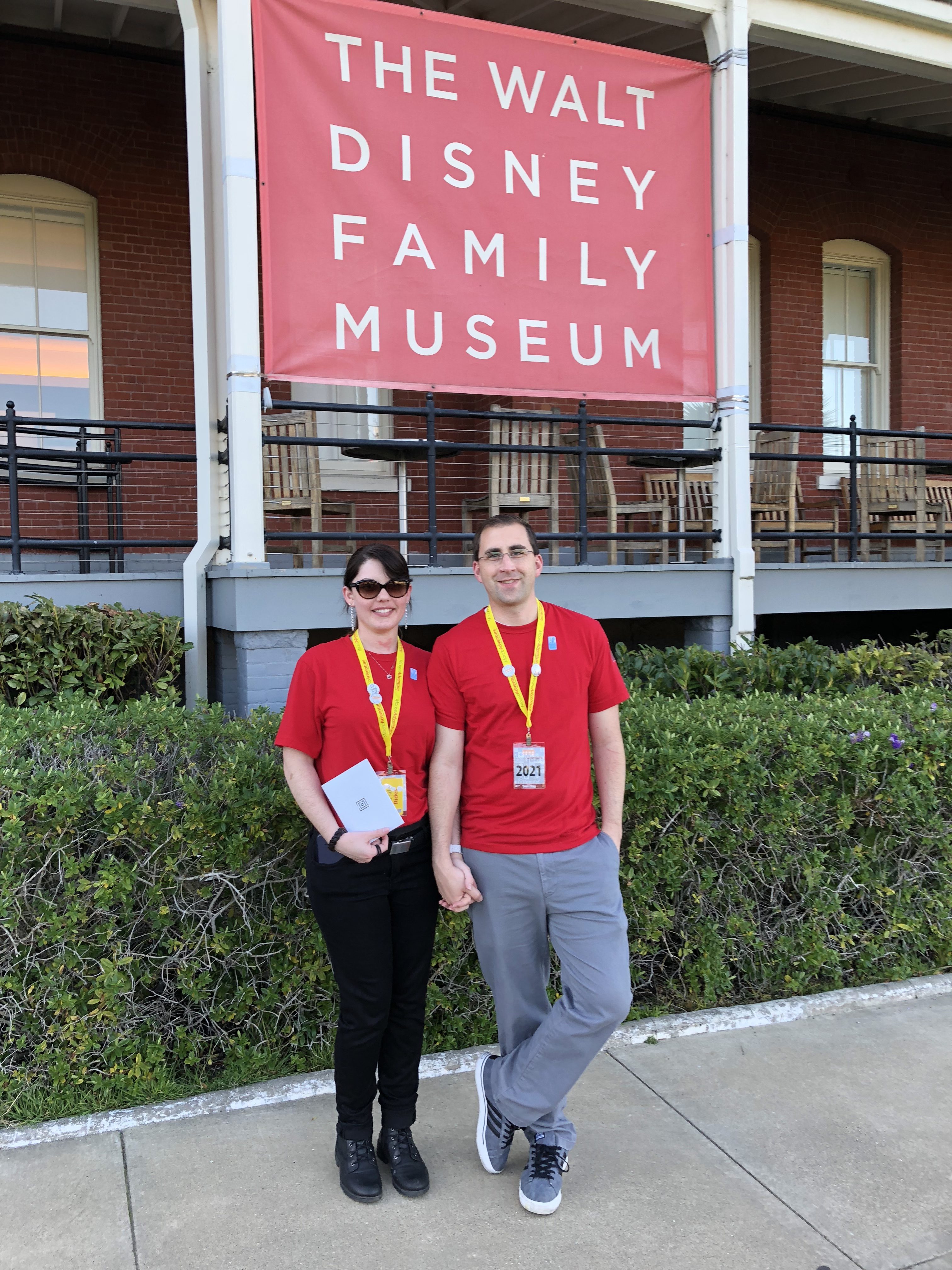 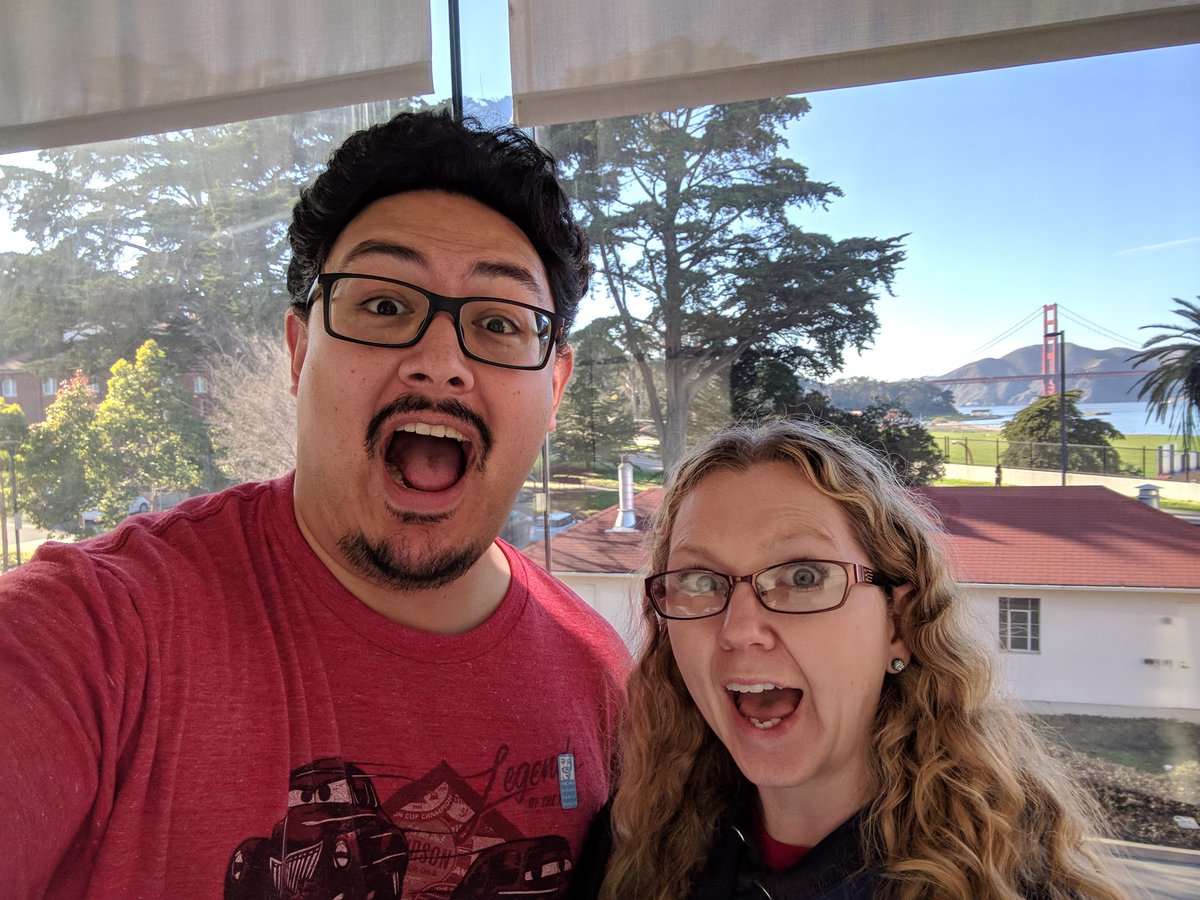 Congratulations to the two winners of our #MAattheMuseum photo contest. Players uploaded photos showing their MouseAdventure spirit to twitter and Instagram after turning in their answer sheets for a chance at a prize. 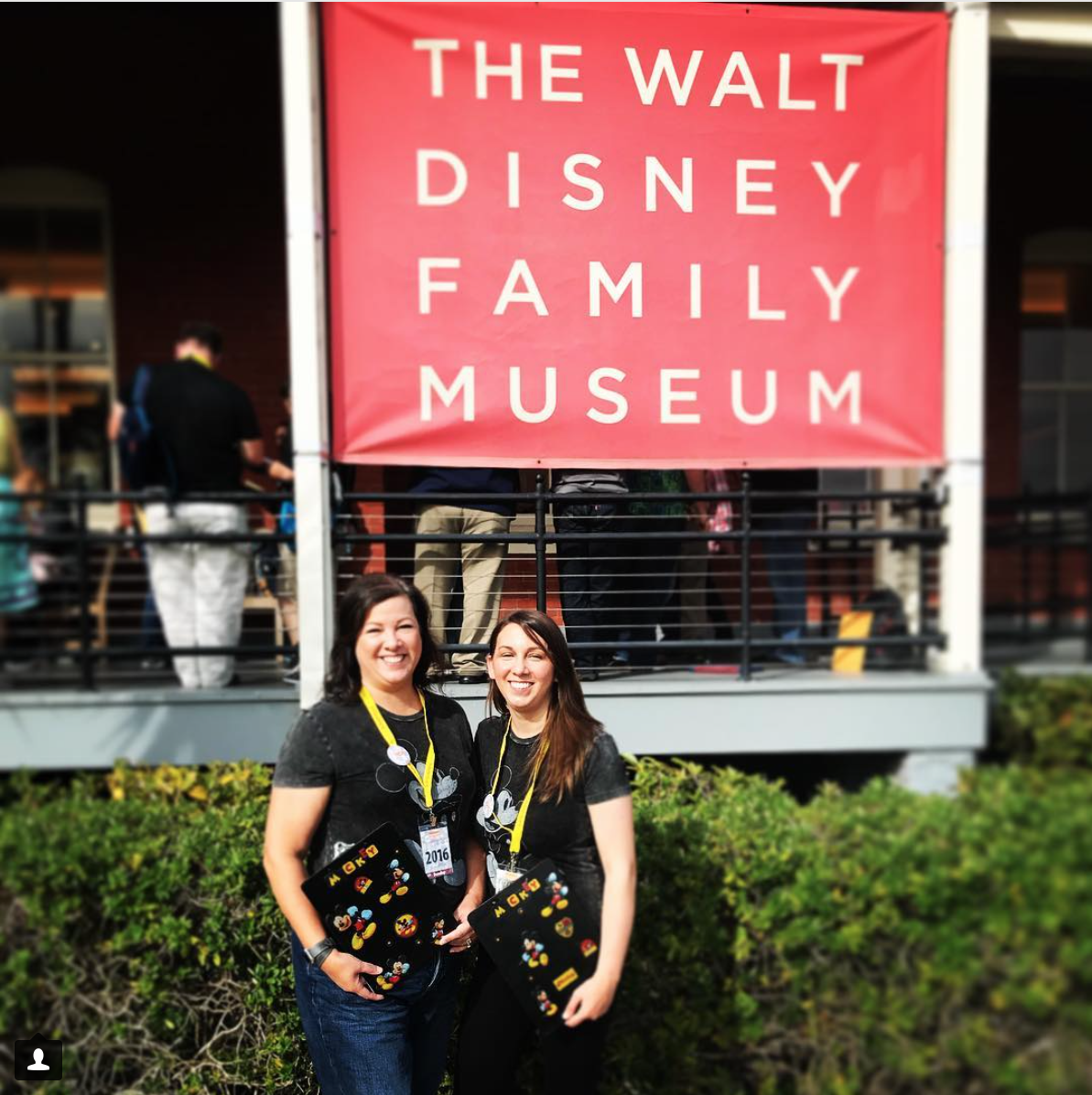 Thank you also to our MouseAdventure crew volunteers and testers, Amanda, Andrew, Chris, Jennifer, Jen, JoAnn, Jolene, Karen, Ryan, Stephanie, Sydney, Tony, and Penny. Without our amazing volunteers, the event would not have been as successful.