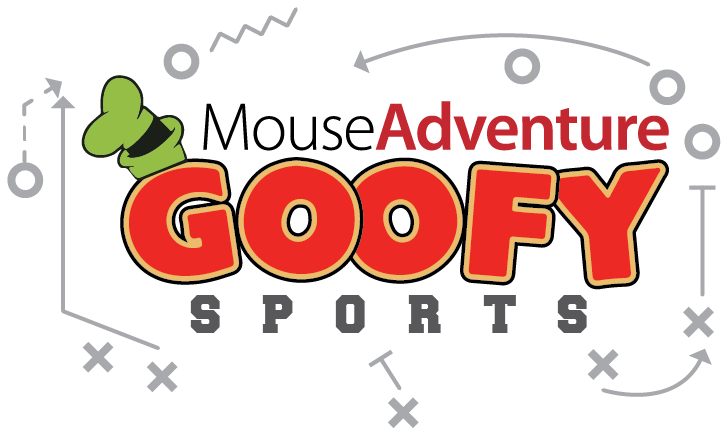 MouseAdventure Goofy Sports kicked off at a new starting location on May 19, 2019. Third Gate Games went through a series of options, and settled on Splitsville as the new location for team orientation. Check in began at 9 a.m. under cloudy skies that would soon yield to periodic rain throughout a good portion of the game day.

Due to the amount of construction around Disneyland (largely in preparation for the opening of Star Wars: Galaxy's Edge), there was some errata for the game. In addition, a change in Frontierland resulted in the disappearance of the final answer for one quest, which is always one of our worst fears. We appreciate the teams taking this in stride on the day.

Even though there was rain, it wasn't quite enough to reach Goofy S"Pour"ts levels, and the sun did make an appearance in time to shine down on the teams as they turned in their packets at 4 p.m. near Jolly Holiday Bakery on Main Street.

Thanks to Goofy’s awesome photographic handiwork with his friend Jiminy, teams were tasked with identifying animals in Fantasyland. Unfortunately, Jiminy managed to get in the way of every single one of the animals in the photos. Once teams located all the blocked animals and transcribed them into the grid, a highlighted column spelled NAMGNORTSEHTEMAN (read from top to bottom). This quest's difficulty was increased by providing more spaces than might be used for each animal name.

A poster behind the Dumbo ride provided the final answer. For all of those teams who managed to find Duffy the bear in a window, we salute you.

A round of golf starts with a tee and goes for 18 holes. In MouseAdventure, this round of golf had players looking for 17 instances of "T"s in Critter Country. Numbers and arrows above each image indicated the number of letters to count forwards or backwards through the word to decode the final clue.

For the final answer, teams were instructed to write down who ran the establishment spelled out by the decoded T words. The final answer was found at the exit of the Splash Mountain ride.

This quest was made progressively more difficult in testing as the Galaxy’s Edge entrance expanded to cover originally planned answers, and construction walls were erected around Pooh’s Corner store.

Several of the answers were located inside Launch Bay, which seemed to be a blind spot for some teams.

After 11 a.m., teams could visit MouseAdventure Central to pick up two additional quests; the first of these was Polo, which sent them around the corner to Main Street, USA. The Mickey and Minnie bunting hanging from almost every building on Main Street to celebrate the characters' 90th anniversaries provided the sequence to decode the final question. Starting in front of the train station and following the trolley route in a clockwise direction, teams used the provided columns of letters below each pattern moving from left to right. In some cases the bunting was on several levels; bunting in vertical alignment was read from top to bottom.

Mickey's Polo Team is one of the shorts playing in the movie theater on Main Street, and its credits provide the answer. The Disney Parks construction team also helped out on this quest by removing the bunting from the Mad Hatter building during refurbishment; this information was provided as Errata for the game. 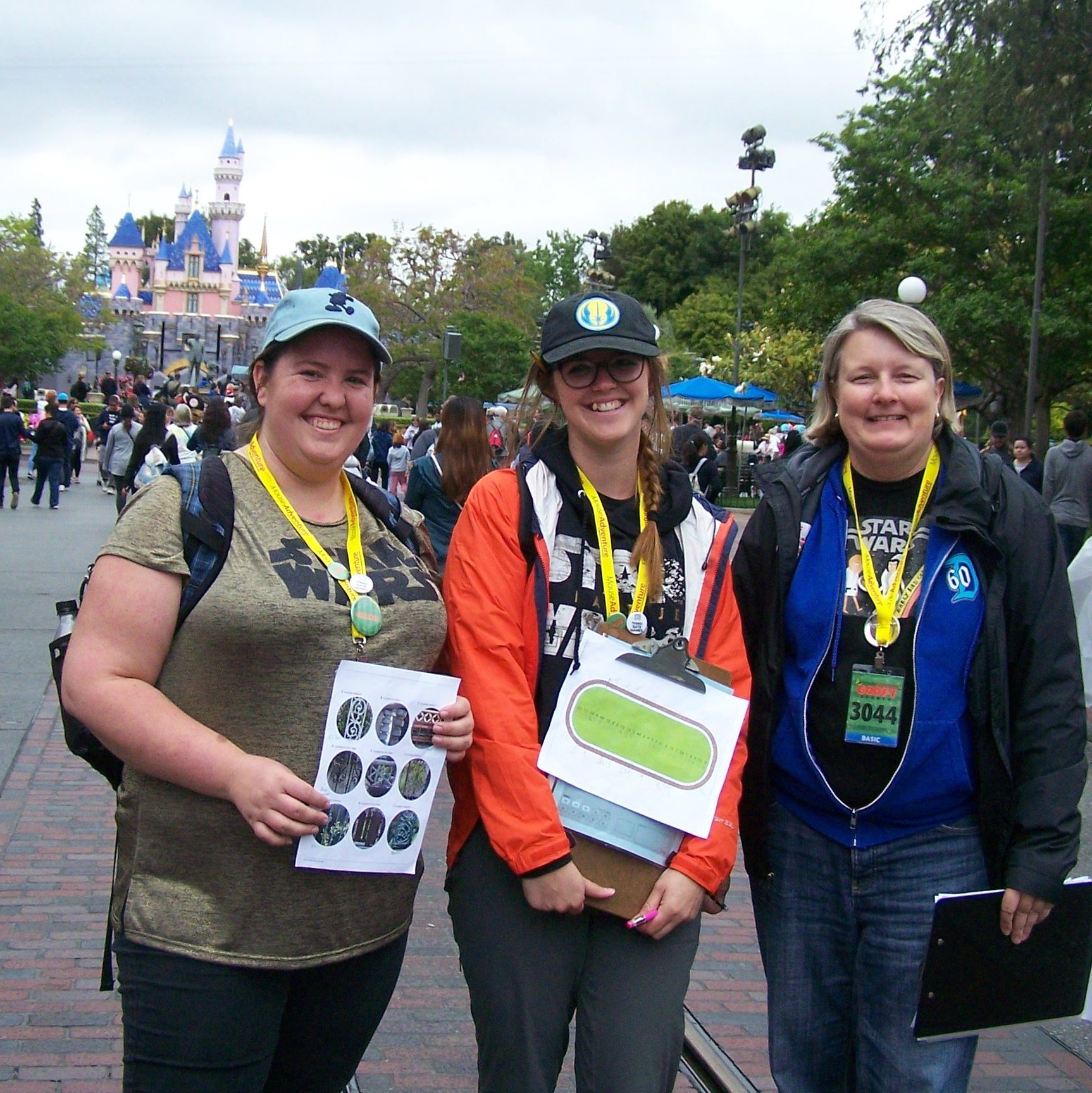 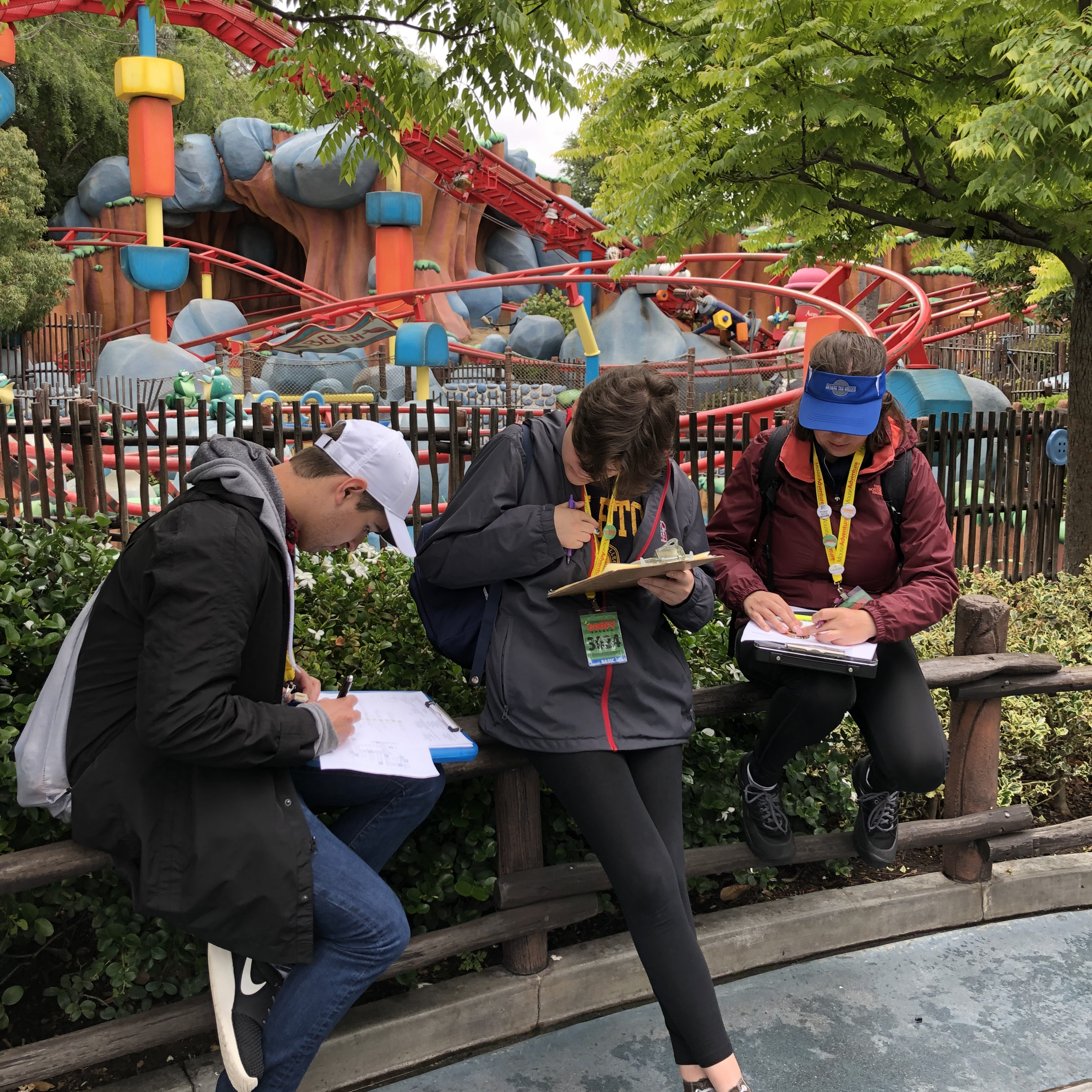 Players angled over to Adventureland to patiently search for words containing double letters that were missing from the provided photographs. Once each word was located, the fishing line running from each colored fish required a little mathematics to determine the letter associated with that color fish. Once decoded using the letters, a school of colorful fish spelled out the final question, when read in the direction that each fish was facing. The answer to this question could be found in plain sight on the exterior wall of the Jungle Cruise, in letters about 18” high.

MouseAdventure loves to come up with attractive graphic designs and things that teams can take home to treasure. For the baseball quest, each team received a set of nine identical trading cards arranged in a plastic sleeve. In order to get a full set of nine characters, teams had to trade with one another. Teams were also allowed to trade with Third Gate Games staffers, but only if they were wearing a baseball hat, and only away from MouseAdventure Central.

Symbols on the edges of the cards provided the key to arrange the cards in the sleeve. With a full set of cards, a question formed on the back. The quest instructions provided the clue that the answer was located on Main Street USA. It is in the exit area of Great Moments with Mr. Lincoln.

The shooting arcade in Frontierland has featured in several MouseAdventures, this time out, players had to answer questions based on different target activations. Once the question had been answered correctly, lines had to be drawn between points on the back of the quest, which then revealed clumps of letters that made up a question. Unfortunately for all involved, Disney Parks had removed the answer to this question the night before game day, so players were then asked to just write down the question on their answer sheets.

At some point in the middle of the game, the Skeleton riding a horse across the sky decided to stop riding. Several teams also had issue with hitting the correct fence and cantina targets.

Instead of swim, bike, and run the MouseAdventure triathlon was collect, fill, and decode. Teams had to get in deep in Toontown to locate a variety of sets of three items from businesses and homes of in the area based on the provided description. Once each set was completed, teams determined what word from each set to place in one of three mini puzzles: a word grid, a word list, and a word search. Each mini puzzle yielded a sports-related final answer that was then decoded using the provided decoder disk to spell the final question. Basic teams received partial credit of 15 points for each correct answer of a mini puzzle.

Goofy’s version of fencing was frankly predictable; we can’t imagine trusting him with an epee, after all. Players had to identify fences from all over the park, and then record the location number or letter from the Disneyland Guidemap on their answer sheet. Unfortunately, several teams did not read the instructions closely, and wrote down the full names of locations without the number or letter; this lead to much sadness in the MouseAdventure Grading HQ after the game.

Locations were as follows (only numbered or lettered answers were accepted):

The standard advice to players seeking the hidden quest, other than “what hidden quest?” is that MouseAdventure has provided you with all the materials you need to play the game. In the Goofy Sports edition of MouseAdventure, sharp-eyed players noticed the "ad" for Splitsville in the provided rules pages, and that the bowling shoes had numbers higher than 16 (the typical top limit for US shoes).

An alphanumeric decode of A=1, B=2, revealed the final question, and the text in the ad provided a clue to the answer's location near the Matterhorn. In the Fastpass distribution area for the ride, there is a large crate with snowshoes on top of it with text on the side.

Advanced Teams had to identify and then place box textures into a grid provided with a line drawing of how they were arranged just outside of the Roger Rabbit Cartoon Sping building in Toontown. When read the correct way, the answer to the question was found in a framed picture inside Goofy's House.

Roping steers with paper lassos can be a challenge, but MouseAdventurers are up to the task. Teams fashioned lassos from provided strips of paper adorned with patterns on the steer horn plaques inside the Golden Horseshoe. Using three strips at a time, teams recreated the patterns on each set of horns around the perimeter of the space to decode the final answer.

This Advanced quest was a true MouseAdventure classic. No instructions, no decode clues, just the instructions to “Stay in your lane, oar else.” Sharp-eyed teams recognized that the provided alien-looking characters would be found in Tomorrowland, specifically at the exit of Space Mountain.

Teams matched characters grouped on the wall in specific orders to quest-provided four-letter groupings to determine the appropriate alphabetical letter for each symbol. Once all the symbols were decoded, a final question read top to bottom, left to right. The answer to this question is on an outdoor vending cart in Tomorrowland.

Let us know what you thought of our event by taking our survey. Your feedback helps us improve!

Full results are available on the MouseAdventure website. The total possible points for this game was 545 for the Advanced Division and 435 for the Basic Division.

The best new team (not otherwise placing) was Hit it Skip with 294 points.

There were not enough teams to make a full family division for this game, but the highest scoring family team was The Loud McLeods with 345 points.

The top 3 teams in the Advanced Division were:

The top 3 teams in the Basic Division were:

A Masters team is a team that has placed first in 3 events, and has been retired from competition. Although not eligible for any prizes during non-Invitational MouseAdventure games, Masters teams return to set the bar for other teams to compete against. They play mainly for bragging rights and the thrill of the puzzle hunt. 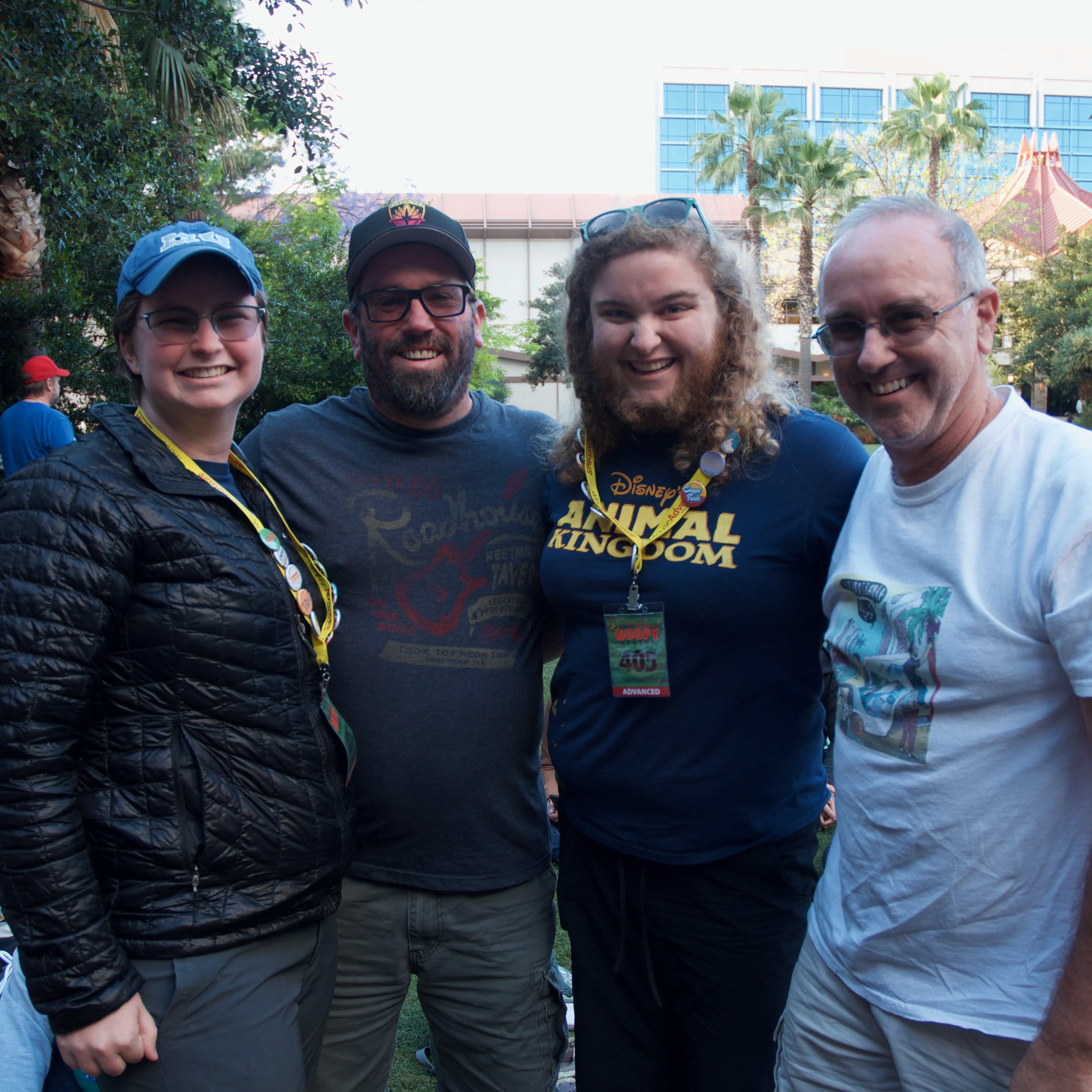 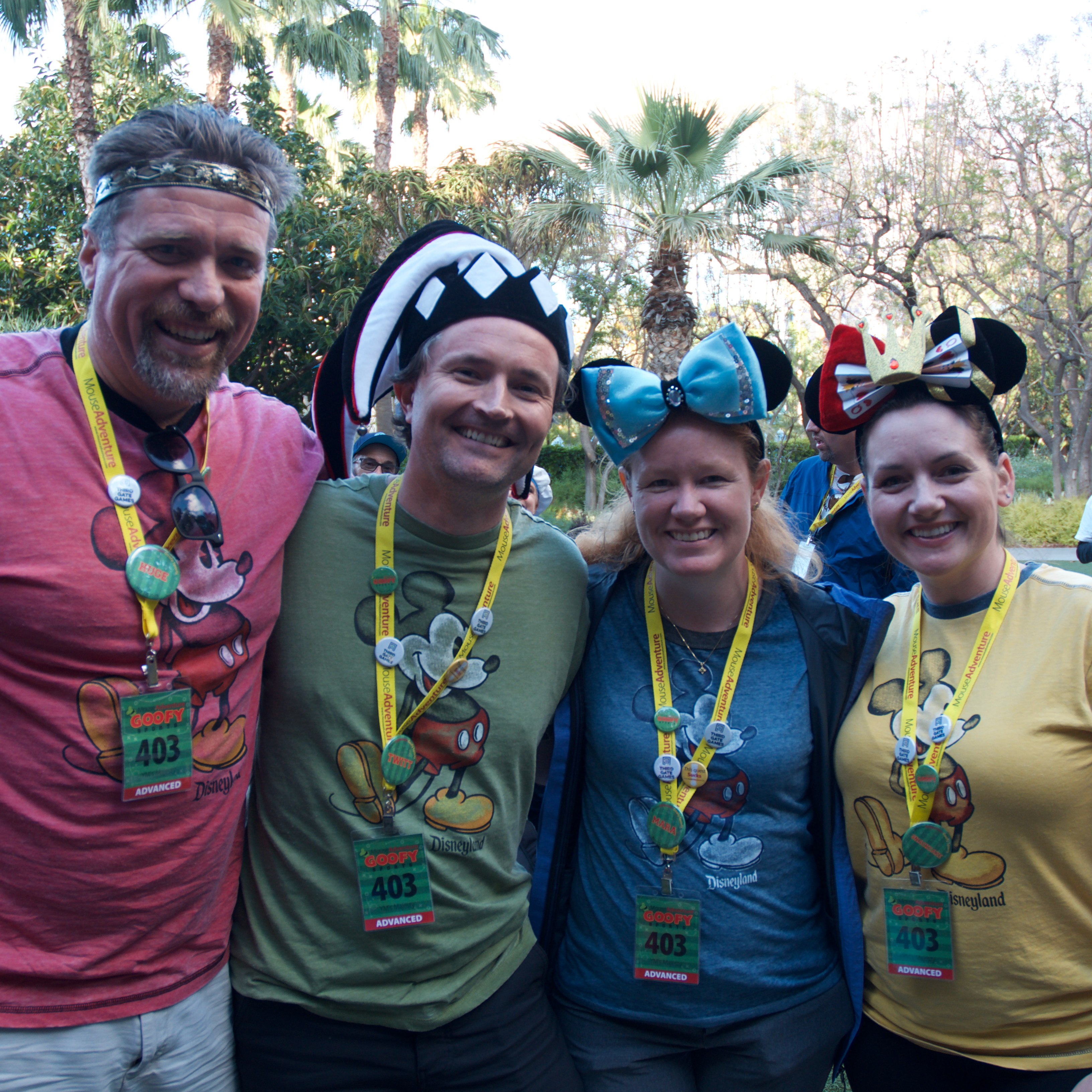 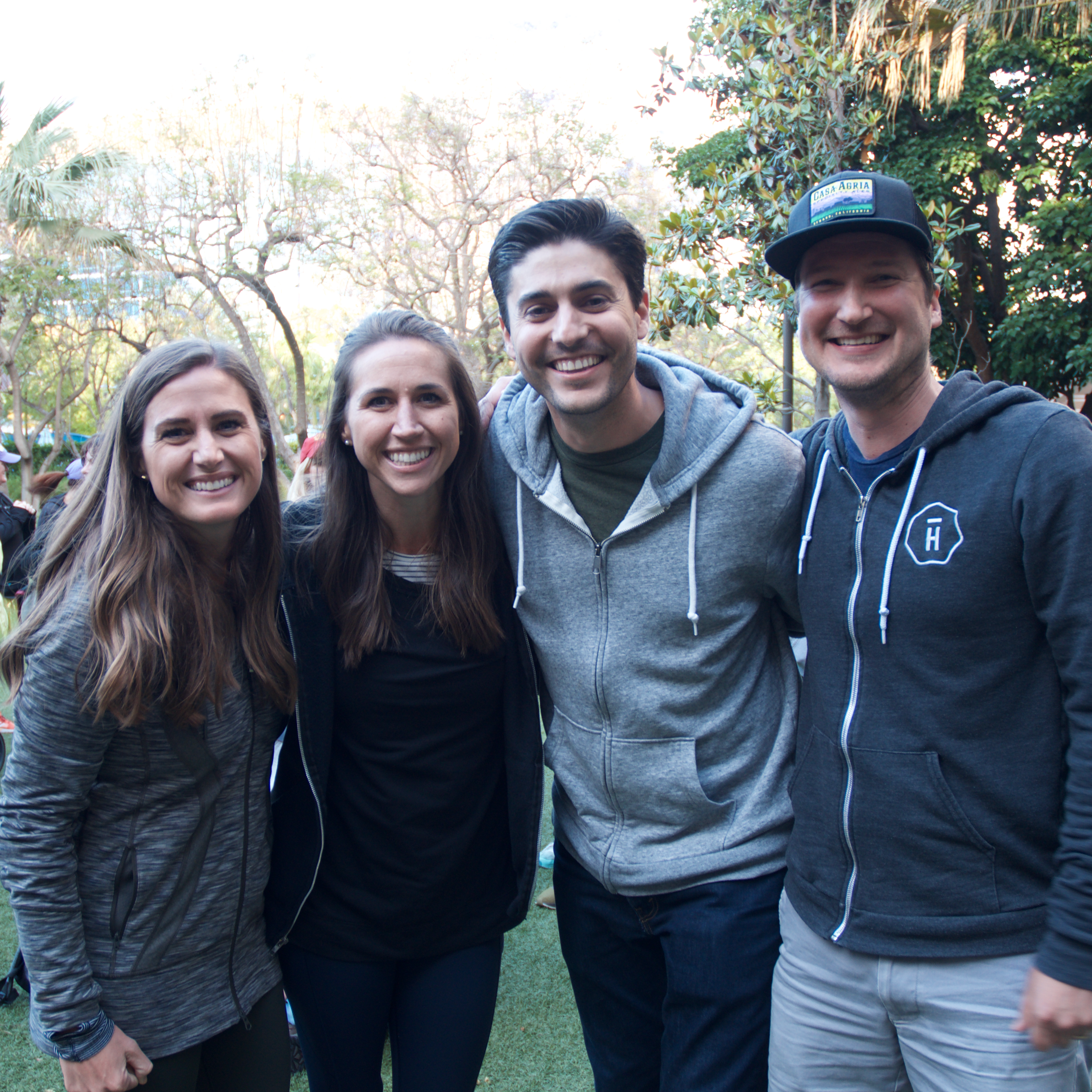 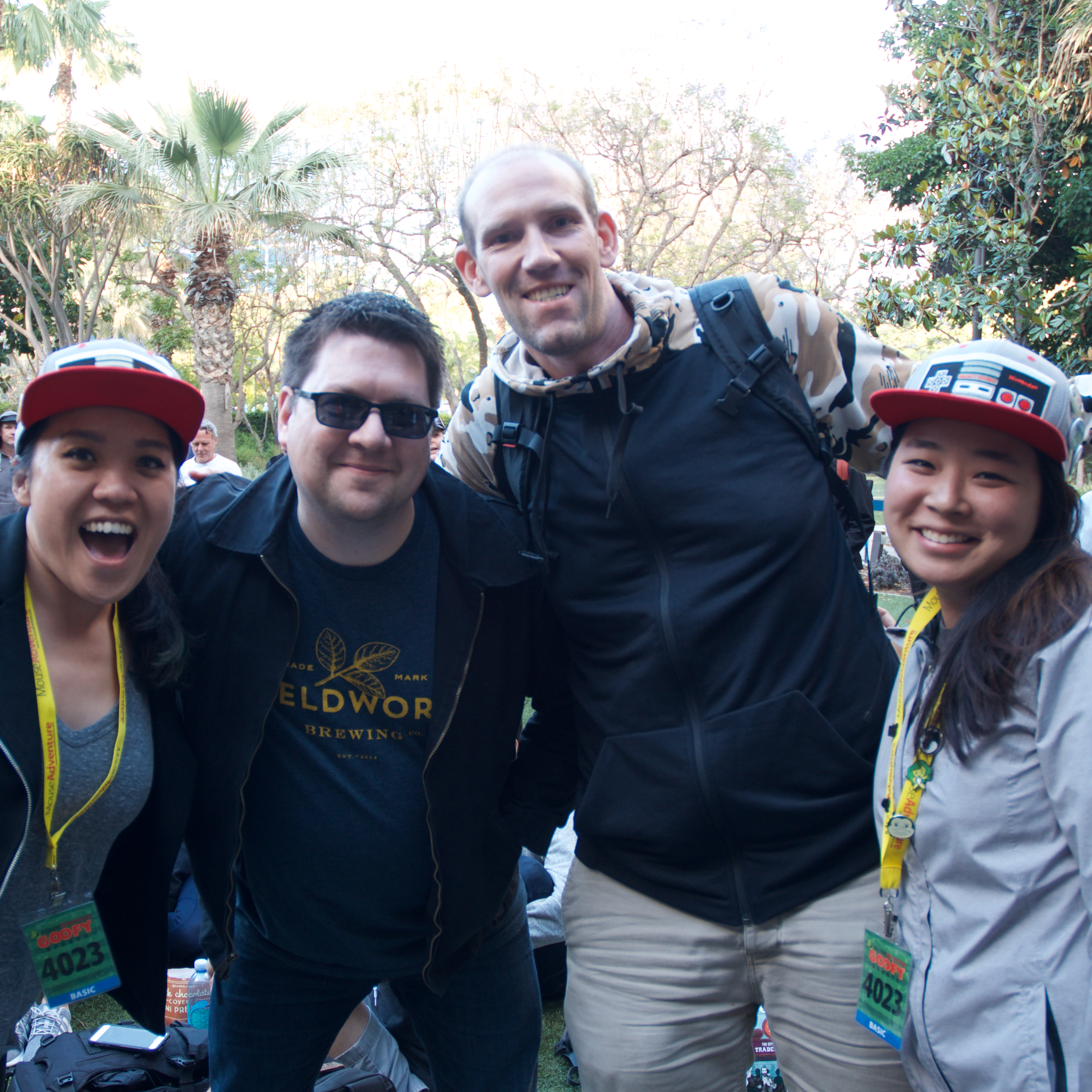 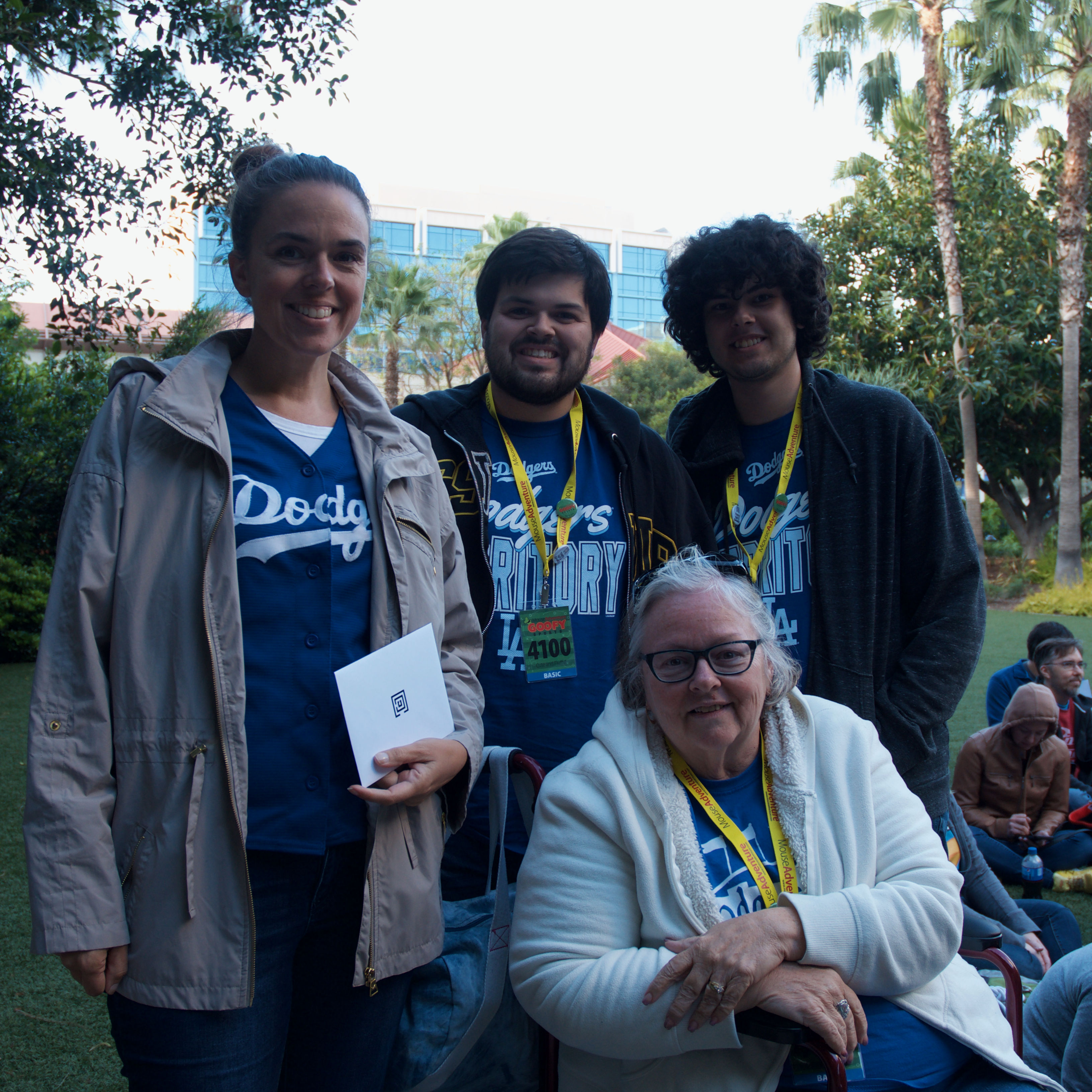 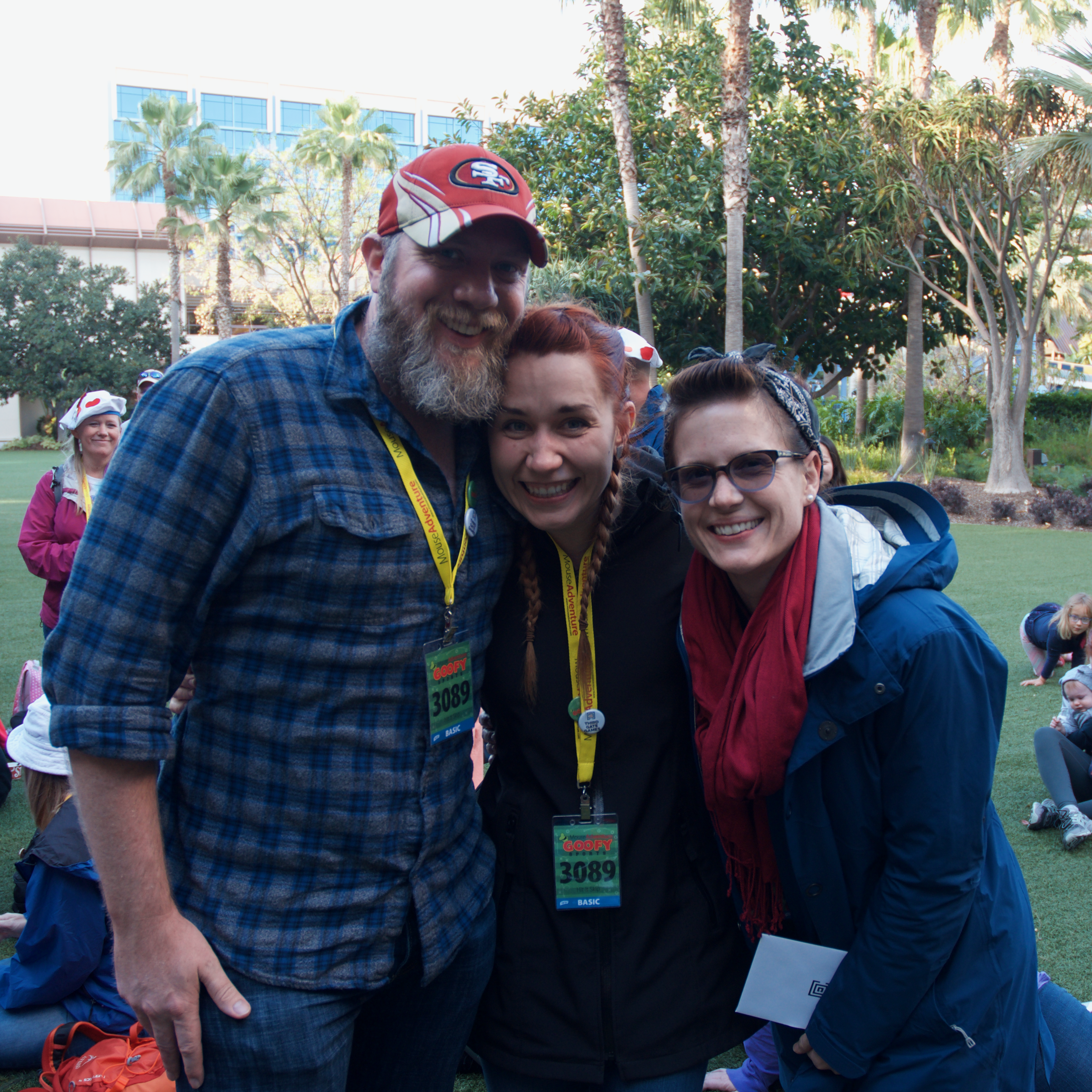 To be eligible to win, players uploaded photos showing their MouseAdventure spirit to twitter and Instagram after turning in their answer sheets.

Congratulations to the four winners of our #MAGoofySports photo contest: 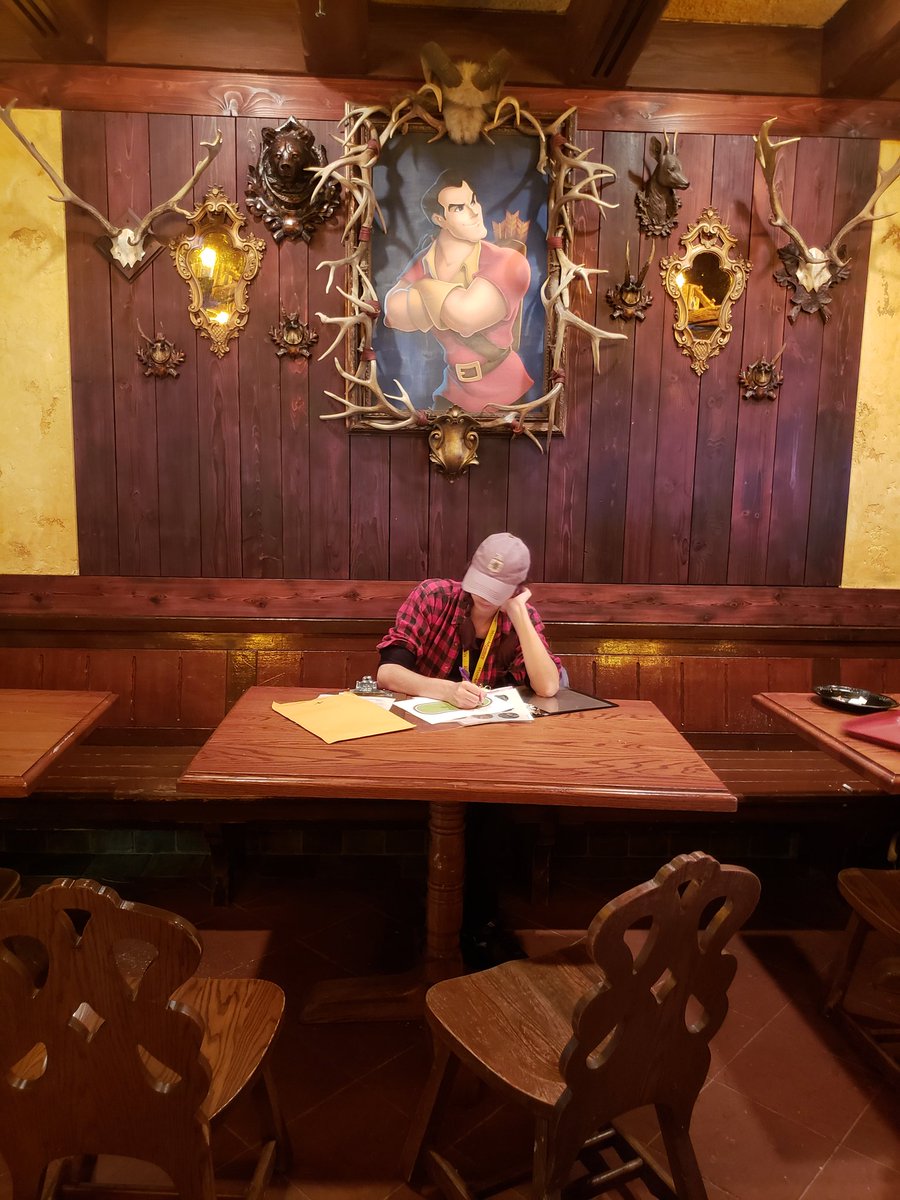 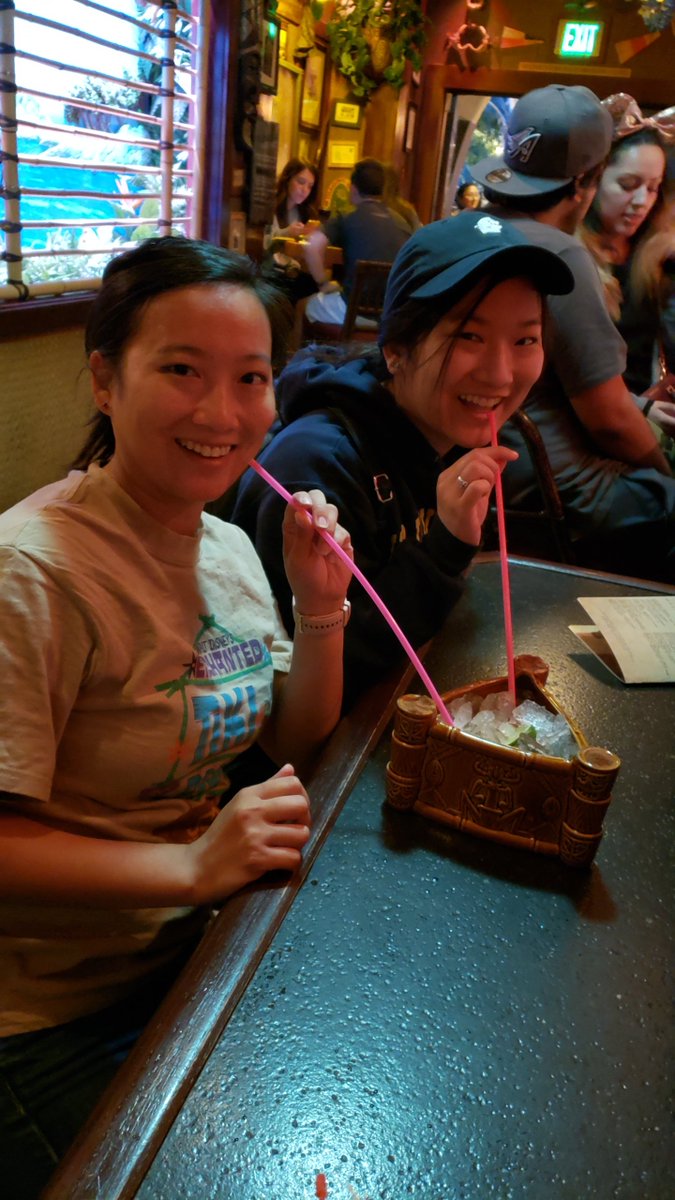 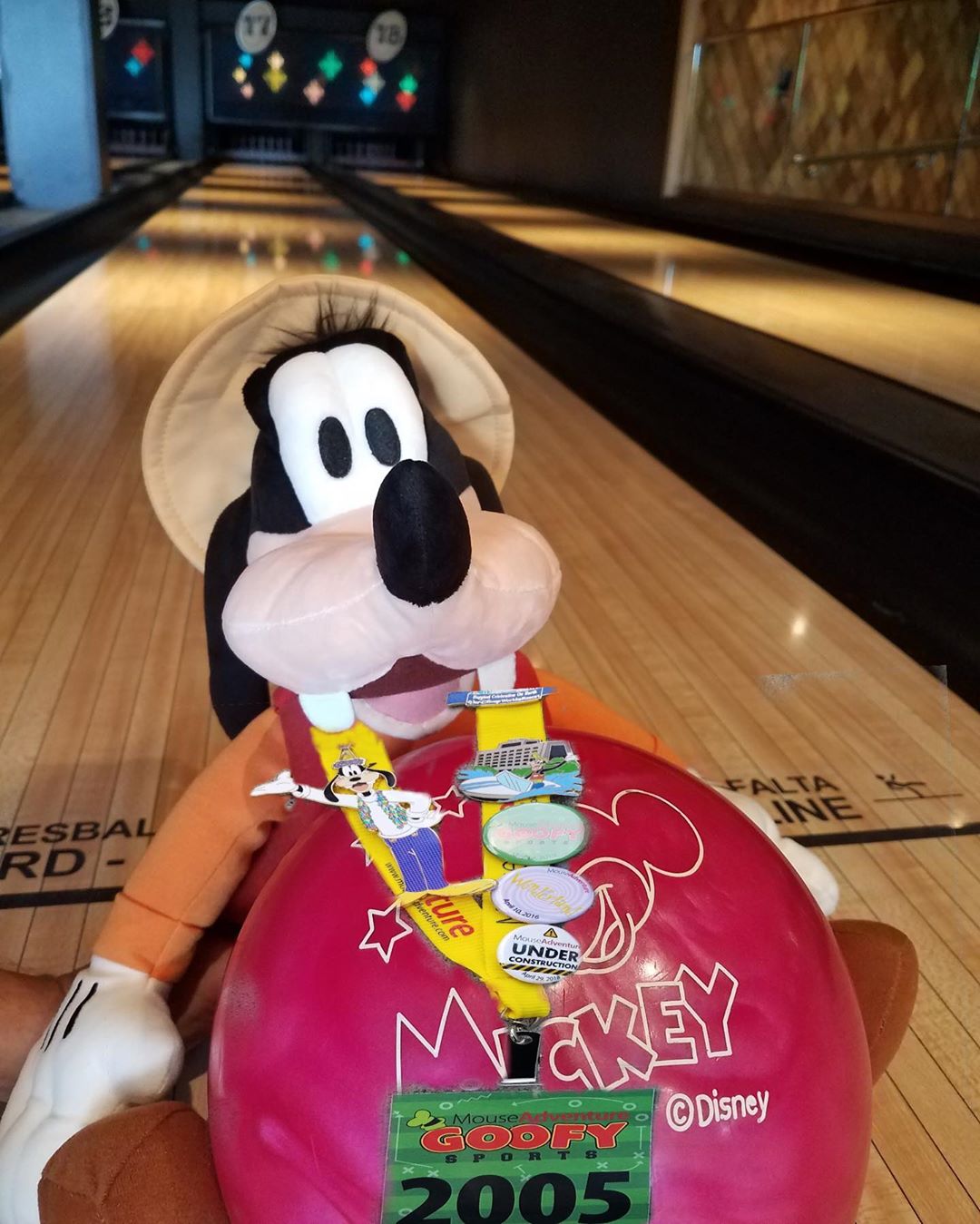 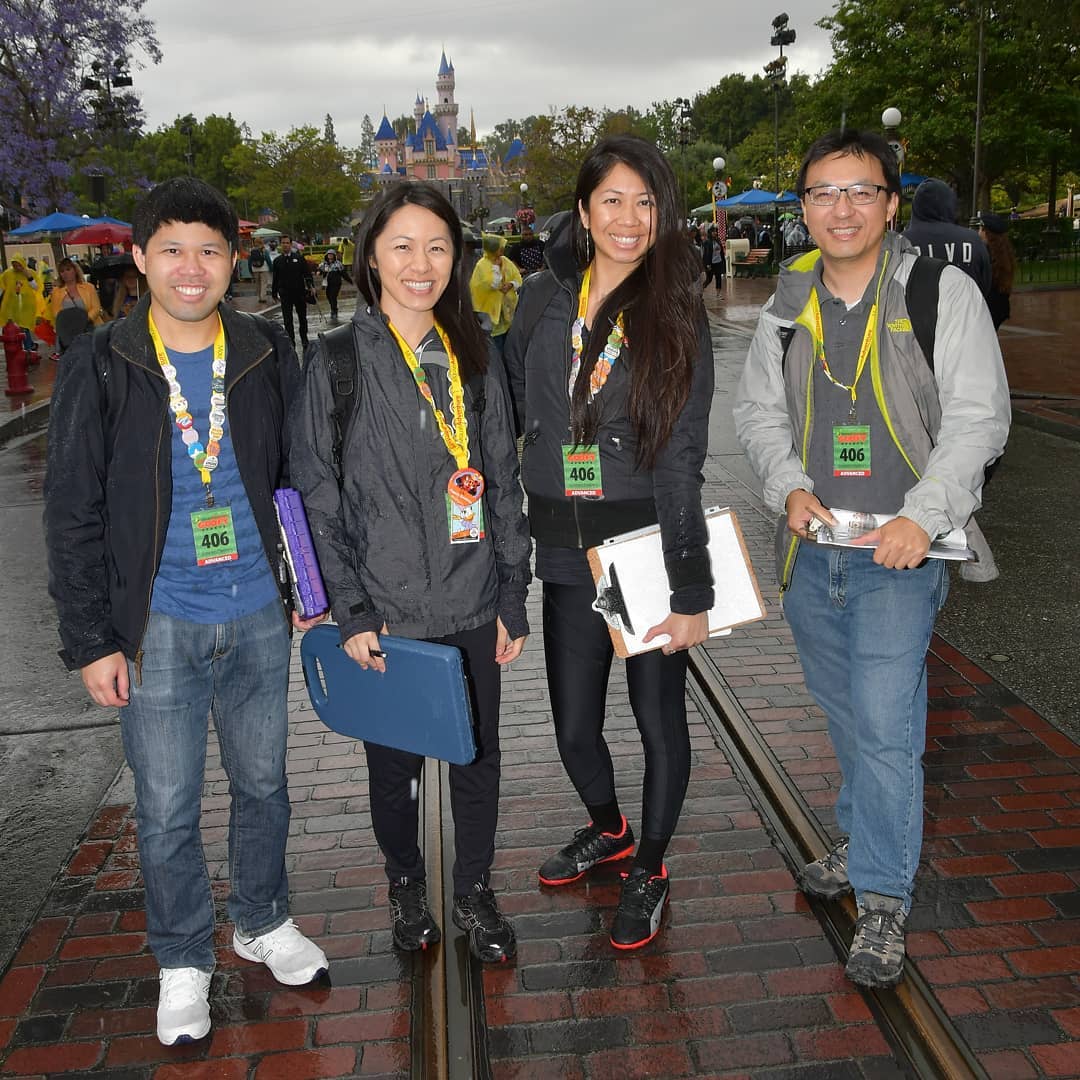 We try to capture the fun of every event by catching photos of as many teams as we can during the game. All the images we took are in our Third Gate Games candid gallery. Download and share them with your friends!

Third Gate Games would like to thank the following: