Since Fall 2008, MouseAdventure has been largely confined to Disneyland park due to the massive Cars Land and Buena Vista Street construction projects in Disney California Adventure. Though we’ve briefly sent Advanced teams into DCA for a few quick quests and hosted a non-competitive game for new players, we knew there was no way to host a full-scale competitive game around all of the construction walls and attraction closures. With the Resort Expansion project well in our rear view mirror and two gorgeous new lands to explore, we knew the time had finally come for a “road trip” back to Disney California Adventure for our Fall 2012 event.

Seven hundred players joined us on the last day of September for an event that can be described in one word: Hot. After two pleasantly mild events this spring, the MouseAdventure weather curse returned with a vengeance. Players from past events have endured scorching heat, pounding rain, and even ash fallout from Southern California wild fires, so it really should have come as no surprise when the forecast predicted both a high of 90 degrees and a 40 percent chance of rain for the day of the event. The rain never materialized, but Sunday’s temperatures soared to 100 degrees, adding an unexpected level of difficulty to what some of our early testers considered a relatively easy game.

MouseAdventure: Road Trip was based on our “Mad Scramble” game format, which meant teams had to solve (or skip) all of the quests in one area before moving on to the next area. There were a total of 16 quests to solve—two in each of DCA’s eight official districts, with the districts paired up to form four quest packets. Trivia and Eye Spy rounded out the tasks. After our usual sign-in, team photo, and orientation session at the Paradise Pier Hotel ballroom Sunday morning, we sent teams into Disney California Adventure to pick up their first quest packet at one of eight “scatter” locations around the park.

After the game ended at 4:00 p.m., the MouseAdventure team raced back to the Paradise Pier Hotel to grade and score nearly 1,000 answer sheets, and the hot and weary players went in search of shade, air conditioning, and/or cold beverages. For those players with enough stamina to stick around, we reconvened at the Paradise Pier Hotel Ballroom at 5:30 p.m. for a question-and-answer session with the event writers before the official announcement of the winners.

For those who didn’t attend the post-game festivities, we’ve provided a full recap of the quests, along with the winners of each division and detailed scores for every team. Let’s get this recap on the road!

Teams were asked to identify a series of signs in Cars Land using only the number of words and letters on each. When they correctly located the string of Rust-eze signs that line the route between Pacific Wharf and Paradise Pier, they then had to determine the specified letter from each sign.

Read in the correct order (in this case, from bottom to top), the letters spelled “Population.” Teams then needed to find another sign in Cars Land to answer the question.

Teams had to answer 10 questions based on signs and props located in the Pacific Wharf area, then use the numbers painted on colorful fishing boats atop one of the shade structures near Cucina Cucamonga to decode a 10-digit number.

After we verified that teams had the correct number, we gave them 50 cents and told them to call the number from a nearby pay phone. Our helpful MouseAdventure Roadside Assistance operator then asked the teams their final question, which was: “In Time Travel Mater, what style of radiator cap did Lizzy select?” The answer was found in the Blue Sky Cellar, where teams could watch the short film and then reference Stanley’s radiator cap display to find the correct name.

The Wheels on the Wall Go Round and Round (100 points)

We used the wheels displayed outside Luigi’s Flying Tires to create an alphabet. Teams then used photos of the wheels to solve a cryptogram and reveal this final question: “The all-new cuscino d’aria is like what?”

While our testers could solve this quest with little difficulty, the heat and sun turned this puzzle into the most difficult quest of this event for many teams.

Teams had to examine the exterior walls of Radiator Springs Curios to find the one item from a provided list of 41 signs, painted words, and license plates that could not be found among Lizzy’s collection.

Playing on the idea of a bug’s land as a roadside attraction, we created a word search with all of the World’s Largest props to be found in Flik’s Fun Fair, such as garden hoses, churro boxes, and drinking straws. The unused letters in the word search formed this final question: “Where is the grand prize winner going?”

We sent teams into “It’s Tough to Be a Bug” to check out the movie posters that line the lobby. When written in the correct order, the highlighted letters spelled the name of an insect group. Based on text found on the same posters, teams had to tell us which insects were part of that group for their final answer.

While teams appreciated the air conditioning, a few had to sit through the movie twice to get the right answer. MouseAdventure rules require teams to stay for the entire show whenever they enter a theater, and teams caught sneaking out the exit received a 50-point penalty.

Don’t you hate it when you discover you’ve lost a few cards from your deck? We asked teams to check out the House of Cards lounge and stage, then figure out which cards must have been missing from the deck used to build the Mad T Party structures.

This quest was rewritten after the Art of Frankenweenie exhibit took over the Animation Building to incorporate some of the artwork in the display. We gave teams a series of photos, and asked them to identify the letter(s) or number(s) associated with each photo. Read in order, the data formed an address.

Teams had to match Wilderness Explorer Badge symbols to the activities needed to earn them, then answer this final question “What is Kevin’s favorite sweet treat?” MouseAdventure quests are always answered based on data inside the parks, and sharp-eyed teams saw that Kevin was added to the list of creatures outside the Spirit Cave. Others relied on their memory of the movie Up for the answer, with mixed results.

Another puzzle that seemed much more difficult in 100-degree weather, this quest sent teams around Grizzly Peak in search of directional signs needed to navigate through a word puzzle. When teams followed the correct path, they spelled out this final question: “Usumati was turned into stone so he could never be?”

Teams answered eight questions based on the posters beneath Silly Symphony Swings, then used the results to navigate around Paradise Pier to find their final location.

This classic “unreliable witness” quest was set in Paradise Pier, and teams had to answer a series of 12 true/false questions to help identify a specific race horse at the Bulls Eye Stallion Stampede midway game. We threw in lots of tricky text to trip up unsuspecting players, but many caught on to our strategy and avoided the obvious traps. In fact, some teams read every question so carefully that several caught a typo we’d overlooked, and decided that a missing punctuation mark on an otherwise true statement rendered the item false. After being alerted to the problem in the post-game discussion, we accepted both answers.

Teams transformed letters from signs in Condor Flats to form a new phrase, “Condor Gas.” From there, we asked for the price of one unit of this item.

Our take on the classic road trip game sent teams around Condor Flats to find nouns, verbs, and adjectives in signs around the area, then use those words to fill in a chart. The highlighted letters formed this question: “Brand of tires ‘sold’ in Fly n Buy.”

Suitcase and a Dream (50 points)

It was difficult to write just two quests on the new Buena Vista Street, but we couldn’t pass up the rich detail in the shop windows. We provided teams with a shopping list that a couple newly arrived to Hollywood might need to launch their careers as a Hollywood starlet and a screenwriter, and had them tally up the bill.

This quest was also based on a classic activity book puzzle. We gave teams two sheets of stickers and asked them to reassemble them to form two of the beautiful tile murals on Buena Vista Street.

When the images were completed, teams followed a series of arrows and letters on the stickers to decode a question asking for the exact date the DCA Time Capsule would be opened.

One member of the crew dubbed this quest “Occupy Carthay Circle” because of the number of players sitting in front of the murals while they tried to puzzle together the image. We even tried handing teams printed photos of the mural so they could go off and solve the quest somewhere else, but few teams were interested in this option.

The Condor Flats/Buena Vista Street packet also contained the least hidden Hidden Quest ever, but surprisingly not one team correctly answered the question. If teams looked at the sticker sheets provided for Are We There Yet before they started that quest, they may have noticed that the letters across two rows spelled the words “Hidden Quest.” We also told teams that there would be stickers left over after completing the two tile murals for that quest.

The remaining stickers were taken from other murals around Buena Vista Street. When reassembled to re-create those murals, the hidden quest asked for the numbers (plural) of the Red Car Trolleys. Some teams either guessed at the likely subject of the Hidden Quest, or only partially decoded the question, and provided one but not both Red Car Trolley numbers.

Results for MouseAdventure Road Trip were announced at the closing festivities on Sunday night, September 30. There were 1,400 possible points in this event, including Trivia, Eye-Spys, and the Hidden Quest. No team had a perfect score, and there were no ties that affected winning positions. We recognized the top three teams in the Returning Teams category, and the top two teams in each of the New Team and Family Team categories. A team is eligible to compete in the New Team category if more than half (two players out of a two-player team; two out of a three-player team; three out of a four-player team) of their players are new to MouseAdventure. A team is eligible to compete in the Family Teams category if they have one or more players age 13 or younger. Winning teams received a prize package of Disney books, DVDs, and collectibles.

MouseAdventure Masters are those teams who, after taking first-place honors in any competitive division three times, are honored with retirement from future competitions. MouseAdventure Masters teams can participate in future events at no charge, and help serve as a benchmark for up-and-coming teams to measure against. Simba’s Pride was the only Masters Team to participate in this event, but again demonstrated why they deserve to be called Masters, earning the highest score in the event with an impressive score of 1,350 points out of a possible 1,400. 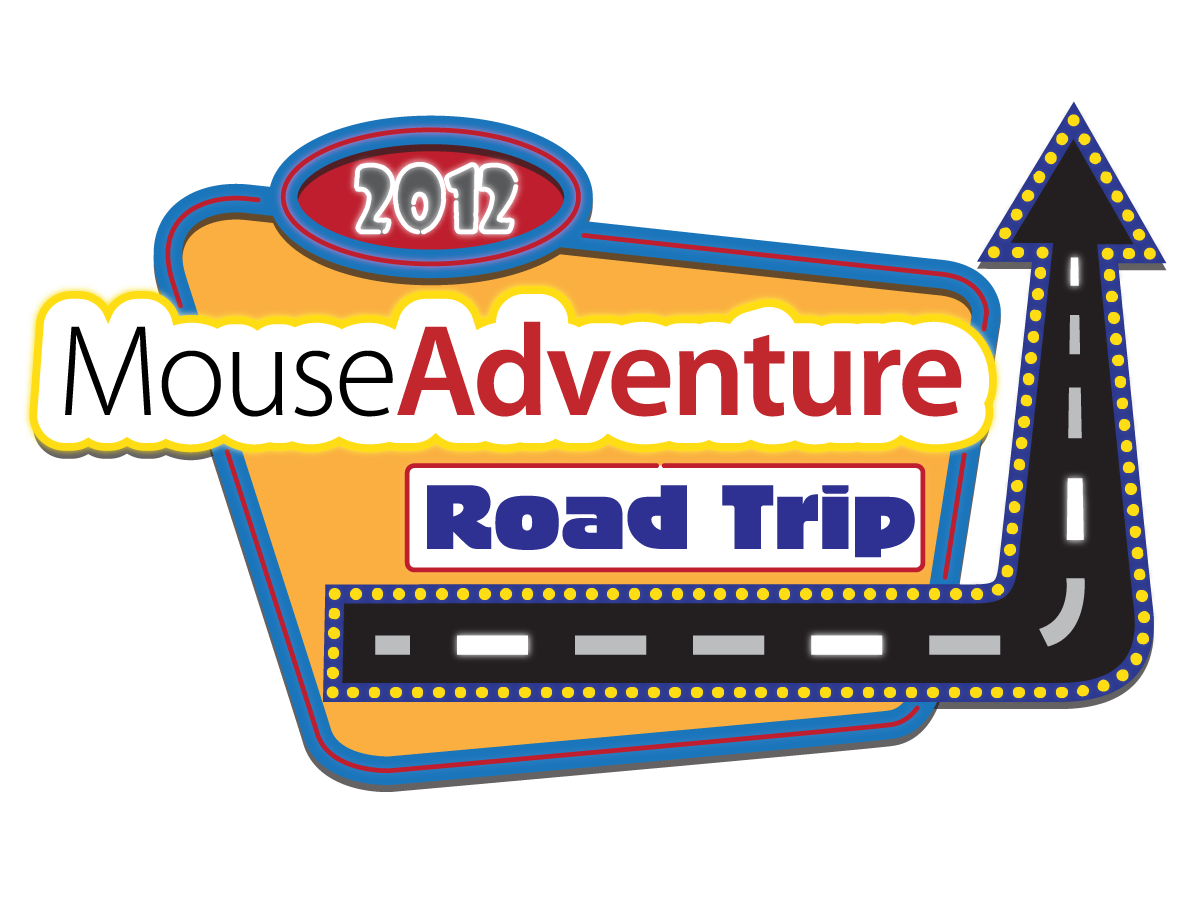